A Novel Approach: And our winners are….. 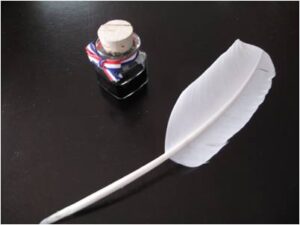 Entering a literary contest is a bit like eating oysters, or riding a vertiginous loop-de-loop at the carnival, or taking a nip of baby food.  The experience will make one queasy, the rewards are uncertain, and somewhere in the middle of the exercise there is a moment of embarrassing self-clarity in which one realizes that what at first sounded like a good idea will most likely end in one of two ways — bragging rights or, (statistically more probable),  something short of what was sought.  In literary contests that most often is in the form of bitterness,  directed quite rightly at the faceless myrmidons who in this instance would not know a well-written short story from a dark and stormy night.

But there was something else about your having entered the  A Novel Approach contest: you did something new.   I salute you.  The judges and American Authors Association salute you.   You indeed did win.

You left your comfort zone  to write something … different.  Rather than write the same type piece that you ordinarily would do when you pick up pen or processor, you in this case wrote against the length of your work having been set by someone else.  The topic of your paper was anchored by two sentences that had to play some role in your work.  And, most importantly, by working around two pre-written sentences, you had to adapt your turns of phrase and style to blend with something written by another.

In short, you ventured into the unknown.   You did not put down your pen when the temptation reared its head.  In the end, you renewed your faith that doing that which does not make you kick the laptop or break the Bic makes you stronger.  In the end, you made yourself a better writer for your effort.  Admit it — it was easier than you thought it would be.

A final remark, and then Glory.   We were very happy to see so many entries but especially surprised and pleased at the number from young people (or alleged young people — no one asked for birth certificates).   We decided early on to add a Youth Division.

The entries, both Youth and Overall Divisions,  were very, very good.  I was privileged to read a number of them (with nary a word to the judges and, in most cases, with anonymity).   I was never asked to be a judge but now say with complete confidence that if I am asked in the future, I will decline.  To judge which composition was more original, or clever, or the best story arc, or the best conflict, or dialogue…   No, thank you.

And now, for the envelopes.

Our SECOND RUNNERS UP:

Our FIRST RUNNERS UP:

And our GRAND WINNERS

Youth:   “Walking from my Past, Toward my Future,” by Sarah Tran

Congratulations, indeed!!  Hear, hear.   Thank you so much for your hard work and fine compositions.   I hope to see each of you in a literary conference or somewhere along the way and to hear from you the joy of reading your piece in Dispatches.

Now, this parting note:   Entering contests is also like eating oysters.   The first go is not for the faint of heart, no matter how it ends.  It is the second go that counts, the doing of it again when you’ve gotten over the first time.  For writers, no matter how it ends, you know in your bones that you will do what writers do — you will write, again.   For that we are grateful and to that, we say…