A Novel Approach: Number 19 Dialogue and the Language of Love 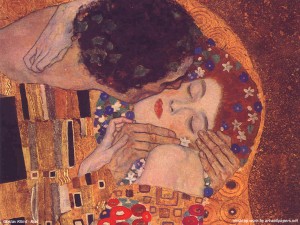 Romance is on my mind — today is my and Alice’s anniversary, and all I think about are words of love. For writers, that can be a lot to think about.

Writing dialogue is hard enough without having to explore the minefields and wedding chapels of romance. However, there is no greater source of conflict, nor a more satisfying read, than the story of women and men. So, what do they say, and how do they say it?

In a nutshell, dialogue should sound like conversations people might actually have, not set pieces in a battle. At the same time, it should not be trite or clichéd, but draw the reader into the conversation and still give color to the characters who speak. In addition, the descriptive scene should be as much a part of the conversation as the conversation is itself. Finally, and particularly in scenes involving romance, love, or intimacy, lovers who know what the other actually means when something is said are the equivalent of ‘train misses bus:’ there’s not much story there. Love is conflict — conflict with her, conflict with him, conflict within.

Let’s analyze fictitious episodes of a romantic encounter written by two of my favorite authors, Ernest Hemingway and Alan Furst. I have chosen almost mirrored stories, each involving people swept up in world war in the Mediterranean, about English nurses and the men who will be called on to risk everything.

In the first (Furst – cute, eh?), our lovers are together after having gone to a party at which they have learned that the war is coming very close to them and that he will have to go into the fighting. I quote from the book:

It as very late, not long until dawn, in Roxanne’s saggy bed at the Pension Bastasini. Tired—from too many people—and groggy — from too much wine, Zannis had intended to drop Roxanne off and go back to his apartment, but she’d insisted he come up for a drink, and one thing had led to another. Parties always aroused her, so she’d been avid, and that had had a powerful effect on him…. Zannis gazed idly at the red glow at the end of his cigarette.
“What went on with you and Elias?” she said.
“Nothing much.
“It looked like more than gossip.”
“Oh, his misspent youth.”
“He’s tried to make love to you?”
“Of course. To every woman he meets.”….
“Will you, I don’t know, will you watch him?”
“I doubt it. The British are our friends. In fact, the British are just about our only friends. I don’t know what he wants here, but I don’t think that he, I should say they, mean us harm.” Tired of the conversation, he lowered his head and brushed her nipple with his lips.
“Anyhow, you’re British, and you’re my friend.”
She didn’t answer.
Instead, a luxuriant stretch and then, down below, she moved.

In the second passage, by Hemingway, the couple meet in the gardens of a military hospital. I quote from the book:

The British hospital was a big villa built by Germans before the war. Miss Barkley was in the garden. Another nurse was with her. We saw their white uniforms through the trees and walked toward them. Rinaldi saluted. I saluted too but more moderately.
“How do you do?” Miss Barkley said. “You’re not an Italian, are you?”
“Oh, no.”
Rinaldi was talking with the other nurse. They were laughing.
“What an odd thing – to be in the Italian army.”
“It’s not really the army. It’s only the ambulance.”
“It’s very odd though. Why did you do it?”
“I don’t know,” I said. “There isn’t always an explanation for everything.”
“Oh, isn’t there? I was brought up to think there was.”
“That’s awfully nice.”
“Do we have to go on and talk this way?”
“No,” I said.
“That’s a relief. Isn’t it?”
“What is the stick?” I asked. Miss Barkley was quite tall. She wore what seemed to me to be a nurse’s uniform, was blonde and had a tawny skin and gray eyes. I thought she was very beautiful. She was carrying a thick rattan stick like a toy riding-crop, bound in leather.
“It belonged to a boy who was killed last year.”
“I’m awfully sorry.”
“He was a very nice boy. He was going to marry me and he was killed in the Somme.”
“It was a ghastly show.”
“Were you there?”
“No.”
“I’ve heard about it,” she said. “There’s not really any war of that sort down here. They sent me the little stick. His mother sent it to me. They returned it with his things.”
“Had you been engaged long?”
“Eight years. We grew up together.”
“And why didn’t you marry?”
“I don’t know,” she said. “I was a fool not to. I could have given him that, anyway. But I thought it would be bad for him.”
“I see.”
“Have you ever loved anyone?”
“No,” I said.
We sat down on a bench and I looked at her.
“You have beautiful hair,” I said.
“Do you like it?”
“Very much.”
“I was going to cut it all off when he died.”
“No.”
“I wanted to do something for him. You see I didn’t care about the other thing and he could have had it all. He could have had anything he wanted if I would have known. I would have married him or anything. I know all about it now. But then he wanted to go to war and I didn’t know.”
I did not say anything.
“I didn’t know anything then. I thought it would be worse for him. I thought perhaps he couldn’t stand it and then of course he was killed and that was the end of it.”
“I don’t know.”
“Oh, yes,” she said. “That’s the end of it.”

Before diving in to analyze how these two almost identical passages are different, consider what I and two colleagues debated until the wee hours a few days ago – there is no ‘one’ way to write, whether fiction, non-fiction, emails, fifth grade love notes, or football ‘x and o’ playbooks. The question, rather, is a matter of the writer knowing what it is that s/he wants to write. Having said that, let’s look at the process of these two dialogue passages and ask the same questions we’ve been asking all along, plus one or two more.

First, (there’s that pun again): what is different between the two? Furst’s description of the couple is clinical, not intimate, more about what they are doing than who they are. Roxanne is ‘aroused,’ ‘avid,’ and ‘effective.’ Zanni stares at a cigarette ember. By contrast, rather than write what the lovers do are what they are, Hemingway writes what the lovers feel , the self-doubt of saying one thing while thinking another, talking about walking sticks while sensing another’s hair, the color of eyes.

Second, both couples speak of a third person, a man who is not there. Why? It is a symbol of the most potent obstacle to the onset of love, the question whether there is someone else.

Hemingway, on the other hand, places ‘the boy who was killed last year’ in the conversation as the someone else who might never go away — the ghost of that boy. Barkley says that she did not love him, to her regret, but she is not a woman who does fall in love. “…then of course he was killed and that was the end of it.” Henry will proceed, if he pursues Barkley, at the peril of having that boy in her heart forever.

Recall the last installment, in which we discussed Martina Lewyka writing of a father who has called his adult daughter to announce his planned marriage to a gold digger. That phone call was a complete story. Here, too, Furst’s dialogue passage is itself a story, divisible by three. There is a problem, the relation between Roxanne and Zannis, the conflict, and the resolution. Hemingway’s treatment is equally a self-contained story: his couple meets, they circle one another with suffocating pheromonic interest, and when she says ‘that was the end of it,’ the reader knows that was hardly the end of it.

An additional lesson is what such dialogue should contain. There are two parts.
One part is the spoken conversation. Here, Furst may fall short. “Anyhow, you’re British, and you’re my friend,” may be the worst foreplay I have ever read. Writers should write conversations that at least sound like conversations people would actually have. People who meet one another and are on heightened love alert cast about for something, anything, to talk about, as Hemingway had his lovers do: “What an odd thing- to be in the Italian army.” “What is the stick?” This was not a passage about his nationality or her stick.

The second part is the non-verbal language, descriptive text that weaves in and out of the quoted dialogue to portray what one of the speakers sees, does, or thinks, or to describe the scene. Zanni is in bed for sex; Roxanne is there for information. Henry’s voice may be asking Nurse Barkley about her stick but his mind is drowning in her height, the texture of her skin, the color of her eyes, all written in the same paragraph; he and Barkley are wading into the real pond.

In the end, well-written dialogue passages of romance, or intimacy, or something that looks like it, profit from what Furst and Hemingway both employed to great effect: the characters said one thing and did another. Like love, it looks like an enigma, wrapped in a riddle, and is flavored with non-sequiturs that make you curious enough to continue reading, and to practice the craft of writing it.

Time to come up for air. Breathe in. Breathe out. Romance is serious stuff.