On the Nightstand — An Embarrassment of Riches 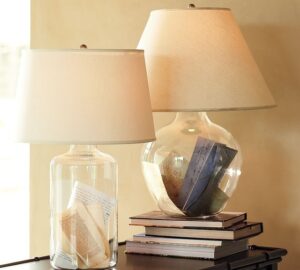 Before you accuse me of being lazy let me say that from the last installment to this has been a literary feast of 78 % dark chocolate.

On the personal side, I was honored to be on a panel with Alana White, Susan McDuffie, and Denise Defulco at the Historical Novel Society annual prom.  We spoke on ‘The search for research in historical fiction.’   My co-panelists are brilliant!   Alana spoke of her work in Florence in composing The Sign of the Weeping Virgin.  Susan revealed our weakness — Research Rapture, the state of novelists who wander off reservation to check a fact, then disappear for three days reading footnotes about Pilgrim Badges.  She is the author of A Mass for the Dead and The Faerie Hills.  Denise is an acclaimed journalist working on her first novel.  I felt like someone peeking under the tent to watch the real acts.

I’m going to Lexicon Writers Conference in Denton in a few weeks to speak on ‘The Girl with the Pearl Laptop,’ another take on research for historical fiction, and to Dayton in September for the MWSA annual hug fest.   I’ll guru on dialogue and also on how to write descriptions — things, sounds, and senses.   I hope that if you are in North Texas or in the Dayton area you’ll stop by.  I won’t talk long and afterward we can hang out and catch up.

Okay, now for On the Nightstand.

As we ended last time, I was reading

Empire of the Summer Moon, S. C. Gwynne.  This history of Quanah Parker and the last stands of the warrior tribes of Texas was a finalist for the Pulitzer in 2010.   It is the most highly talked about book of its genre in decades and Gwynne’s research is first rate.   He catches the reader quickly with descriptions of the Comanches as the most lethal cavalry soldiers in history, so mobile that a family enjoying dinner in the walls of their home in San Antonio, secure in the knowledge that the tribe was reported to be in Oklahoma, was  at very high risk for immediate assault.   His history of the tribes in New Spain, New Mexico, and in Texas is excellent.  But….   he has stretched a 250 page book into 350 pages.  Several stories are repeated or broken off and picked up, with restated facts, throughout the book.  He has a penchant for ditching verbs and writing things that are not sentences.  (“And so on.”)  Having said that, this is a book that should be read.  The history of the Texas Rangers, of the US Army, and of the proud natives who were reduced to penury and driven to Oklahoma is essential reading for anyone who has a sense of American history, (including those who at the moment have a strong sense of right and wrong over aliens sneaking across the border to take a foothold in ‘our land.’)

95 watts and, with a bit of editing, halogen.

Ironfire, David Ball.   This novel of the savage battle for Malta in 1565 is a page-turner.   Ball has taken a perfectly ordinary peasant family on this bit of parched rock in the cross- roads of the Mediterranean and peeled off one child to be captured by the Ottomans and the other to be a savior to an entire sect hiding from the Order of St. John.   He incorporates them into the true story of the siege and holds you to the end.  100 watts.

I told you this was a good month.  I also said that in the queue was one of my favorite authors.

Capital, by John Lanchester, is the best novel I have read this year.  Bang!   He has taken a street of ordinary people, house by house, and reconstructed the souls who live there with their selfishness and greed (in hopes of a 3 million pound Christmas bonus), their petty anger ( a smarmy artist who can’t abide his hard-working aide), their hopes (two immigrants, one of whom repairs homes and another of whom is a nanny for the greedy couple), and some shopkeepers with a strong sense of love for their family, and united them by a single post card slipped through the mail slots of each of their front doors.   Halogen!  Absolute halogen.

The Greater Journey, David McCullough.   This is the history of young and talented Americans who in the 19th century set out to learn art, medicine, and diplomacy — in France.    McCullough recounts to my surprise that our own inventor of the telegraph, Morse, was first an artist, his portrait of Lafayette and his collage piece Gallery of the Louvre capturing wide acclaim.  Elizabeth Blackwell went to study medicine and became the first woman medical doctor in the United States.  Why did they and many others go to Paris? First, because we had no medical schools or masters of art to train them.   I liked this book very much.   I’ll concede that it is a bit of ambitious history, but a very good one.  75 watts.

A Vaquero of the Brush Country, by J.Frank Dobie.  Once you read about Comanches you have to read about vaqueros.

A River in May, Edward Wilson.   Touted as the best Vietnam novel, ever.

And, in the queue…

Flying the B-26 Marauder over Europe, a memoir by Carl H. Moore