Well, Summertime, and the Livin’ is Easy 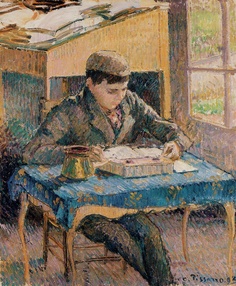 But, Daddy’s not so rich.  Momma’s not good lookin’ (she passed away in 2003), and if I’m cryin’ Pretty Baby it’s because the nightstand is groaning from too many books.  And, to be perfectly honest, I missed some targets and jumped ship on others.  So, here we are with On the Nightstand for August and things are…. different.   Let’s get started.

As promised, I read A River in May, Edward Wilson,  touted as the best Vietnam novel.     Digging in, it turns out to be a first-person faux memoir of a disaffected junior officer with a great education and a bad family, who finds himself in Vietnam and, surprise, is disaffected.  He hates his mission, his superior officers, the ARVNs and the embeds, and, of course, the fact he is part of a fire base that wipes out a village that was friendly but is now hostile.     He decides to switch sides.   Not surprisingly, author Wilson was a junior officer in Vietnam who, after the war, moved away from the US.  The novel was written about thirty years after his experiences, so it is possible that his facts became his fiction.   It turns out to not be the greatest Vietnam war novel, ever.     So, 50 watts.

Number 9 Dream, David Mitchell.    This 100 watt author of The Thousand Autumns of Jacob de Zoet and Black Swan Green has written an 80 watt novel of 19 year old Eiji Miyake who goes to Tokyo on a simple quest — to find his father, who used his mother as a mistress, then dumped her.  It is alternately elegiac and obfuscating, flowing back and forth between what is actually happening and dream states.   I say read it, and learn.

Flying the B-26 Marauder over Europe, a memoir by Carl H. Moore.    Moore was a navigator during World War II.  He kept a remarkable personal diary of his missions, from beginning B-26 training in Tampa (‘One a day in Tampa Bay’) to the ferry flight to Africa and England, and on to horrifying missions over Germany and France before, on, and after the invasion of Fortress Europe.   Helped by his son Henry to bring the diary to book, it is a fine and very readable testament to a hero of the Greatest Generation.  It is not a large press book so get one from Amazon and read it before all the copies are snapped up.   100 watts for those of us who love non-fiction memoirs of WWII.

Letters from Skye, Jessica Brockmole.  I was honored to read a beta copy and understand exactly why it is now a success.   A young American student  stumbles across an obscure poem written by a poet from the Isle of Skye, and their correspondence leads to meeting, angst, and more.    It would have been a 90 watt story if M. Brockmole had not decided to limit the device to letters, using instead a mix of narrative and, perhaps, dialogue.  80 watts for we cranks, 90 watts for those of you who love to read improbable romances with no sure end in sight.

Am (re-) reading The Corrections, by Jonathan Frantzen.    You may remember from a recent installment that I have considered Capital to be the best book of the year solely on the shear strength of its penetrating look into the core of its characters.   Frantzen writes in much the same way and with undeniable artistry in The Corrections.

Sealed in Stone, the novel of a young woman who in 1424, when the English occupied Paris during the 100 Years War, decided to seal herself into a tiny brick room in the Church and Cemetery of Innocents where she lived for the rest of her life as a a revered mystic.  Published by the City Lights Bookstore publishing house of San Francisco.

The Sun Also Rises, Ernest Hemingway.   Running with the BS in Pamplona.

Last Friends, Jane Gardam.   I am delighted that she has written the final installment of the Booker Prize trilogy, Old Filth and The Man in the Wooden Hat.   High hopes, here.

The Red House, Mark Haddon.  Feuding brother and sister agree to bring their respective families for a joint vacation in a quaint Devonshire village, from the author of The Curious Incident of the Dog in The Night and A Spot of Bother.

Oh, and there is another one.  A Novel Approach.  Yes, all those genius discussions we have had here at that section of JWLBooks on writing, the art of story telling, and whether a woman in a movie theater mistook me for George Clooney…. It is becoming a book.  Draft is with my editor, so, it is in the queue….