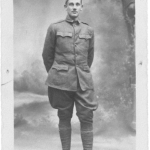 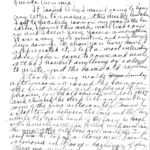 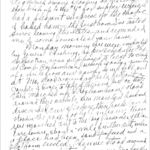 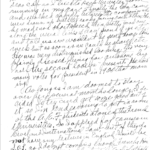 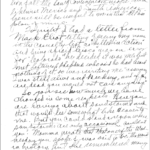 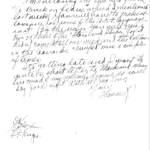 Letter Description: (Letter written March 8, 1919) Private Smith was stationed near Tours, France. In the following letters, he writes to the woman who eventually he will marry. The letters begin in August, 1918 and include a remarkable letter written on November 12, 1918 – the day after Armistice Day. In one letter he denies being killed in action as reported by another soldier who saw his name on a casualty list. His letters spoke of the wish that when he and all the soldiers went home they hoped to meet their loved ones on the dock when the boat arrived in New York. However, after peace broke out, Smith was held in France for another year. The letters after the war ended take him from private to sergeant and from Tours to Grenoble, where he gets into Grenoble University as a permissionaire taking French classes and studying in the ‘faculty of law and letters.’ Smith did return to ‘Luz’ and married her. He also finished law school and lived out his life as a country lawyer.