Not exactly a personal letter but still a message home from the front, The Dauphine Doughboy was published for American troops stationed near Grenoble, France. Thousands of US soldiers were kept in France after Armistice Day, usually sent into Germany as part of the occupation. The YMCA, in a role that was the forerunner of the USO, set up sites in Grenoble for rest and relaxation. Many doughboys went to Grenoble on leave, some for sightseeing, some to study in the university as special students. Note the first article in the newspaper – a self-congratulatory piece on censoring mail that took at least fifteen days to reach American shores. 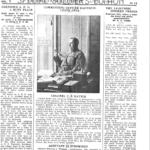 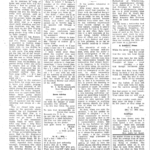 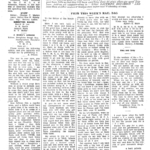 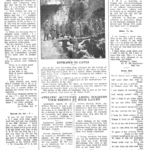