In Memory of Characters 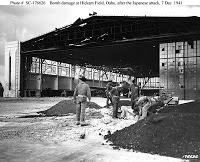 My friend Mitchell, in charge of machine guns for Colt Firearms, was the first civilian flown to Pearl Harbor, arriving late on December 8, 1941. Hours before the President announced to the country that the Japanese had attacked, the Army had hustled him under cover from Connecticut to Hawaii and straight to a smoking hangar where there was laid out an array of machine guns, their barrels disfigured from overheating. Mitchell’s job was to figure out how to keep them from melting, a problem he ultimately solved with a secret blend of ceramics added to the barrel metallurgy. I met him over forty years later. Our friendship lasted until he died.
Mitchell’s stories were rarely true and never dull, beginning with the claim that at age 14 he crawled down a drain pipe to run away from boarding school and made it all the way to El Paso, where he enlisted in the army and became a skinner for General Pershing’s cavalry riding all over northern Mexico in a vain search for Pancho Villa. Mitchell also told me that he lived for years as an exporter in Venezuela, drilled for oil in the Gulf, and that his only wish was to die in the bed of another man’s wife. When I knew him he had retired from Colt’s and, along with Captain Robert Hunt of the Naval Academy, started Trident Engineering in Annapolis. I do know that their first project of consequence was an engagement by the Warren Commission to reconstruct the shooting in Dallas of President Kennedy.
Mitchell called me one day and, through a terrible connection, asked if I would come get him out of jail. He and his grandson had made it as far as Tierra del Fuego on a merchant ship before his grandson gave up and flew home. Mitchell’s wife had passed away four years earlier. He was 83 or 84 years old and alone in one of the loneliest places on Earth. “Jack, the situation is this –they say I have a choice. I can stay in jail here, or I can marry this girl. She’s pregnant. Oh, and she’s 17.” Mitchell always told enough of the truth that I called the embassy in Santiago. They called back to say that Mitchell was not in jail. When he called again, he just asked if I would fly on down and come back on the boat with him. We laughed about ‘the girl.’
Several years later I left my son in college in Philadelphia and drove to Annapolis. We sat in Mitchell’s pristine retirement apartment and talked about machine guns and the grasping attitude for profits that had made him redundant at Trident. We spoke of his grandson and of President Kennedy. His mind was very sharp as he laid before me a sheet of calculations he had prepared more than ten years earlier for powder charges to be applied Fort McHenry’s cast iron cannons that would shoot flames toward the SS Constellation, anchored across Baltimore Harbor, for the show we had attended together on July 4, 1986. He was too tired to go for lunch, and when I drove away I knew that I would not see him again.
He died two weeks later. In the photographs of his grave side service I recognize Captain Hunt and friends and colleagues from Trident Engineering. I see his daughter and grandson. There is a contingent of people whom I am told are retired faculty from the Naval Academy. And, peeking out from between them, is the unmistakably South American face of a sad, round-eyed, dark haired girl, whom I estimate to be about nineteen or twenty years old. It made me smile then, and now, to have known someone who gave so much to so many of us.
I have lost two classmates, from a very small school, in the last two weeks. It makes me smile to think of them as well, not because they fixed machine gun barrels in wartime or took tramp steamers around the tip of South America but because they and others populate my memories with things I remember them doing, small, private, kind things, giggling on a school bus, singing at church, nothing daring or risque. They were, are, special people and, like most of us, just people who became characters only because they let you get to know them privately.
They may be gone, now, but their characters are not. I’ll try to keep them going.
— Jack
RETURN TO WRITING PAGE
Back to Top