Letter Description: The long hand-written letter is not a v-mail. It was written December 18, 1944 in Belgium and mentions that the “Jerries” have started up something against the 1st and 9th Divisions and he hopes that the 1st and the 9th hit them pretty hard to speed up the end of the war. He had no idea, indeed his commanders had no idea, that this ‘push’ would become the Battle of the Bulge, a German thrust back into Belgium trying to capture Antwerp to block off Allied shipping and re-supply. It became the deadliest US single engagement of the war in Europe. The last letter is actually from a Congressman to his family comforting them about his being in the hospital. 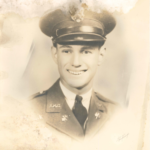 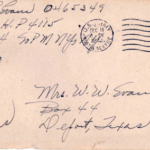 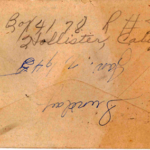 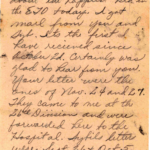 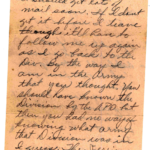 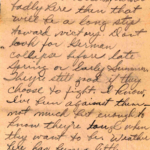 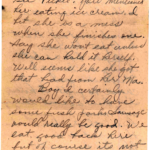 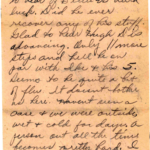 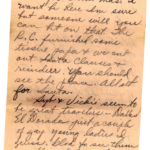 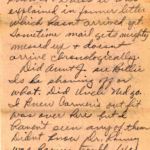 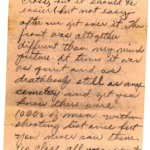 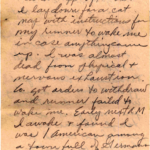 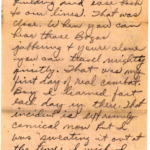 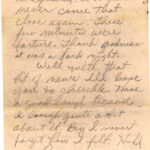 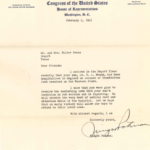