Number 27: A slap from the velvet glove 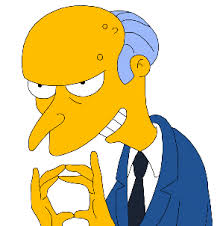 Jack Kerouac was on the wrong end of that review, one spoken by Truman Capote but, nevertheless, a review.

So, what does one of those well-written reviews look like? It’s pretty simple, really. A well-composed review has about four stages.
1. The lead line: The review should state not only the title and author but also the publisher, ISBN, and price of the book. If you are writing the review, this doesn’t seem like too much to ask since the book is sitting right there in front of you.
2. The reader line: Reviews should help readers decide whether to read the book.  A  reader line moves that along by placing the book within a field or genre, such as “Army at Dawn is a history of the fledgling United States Army in the European theater of World War II.” “A Debt to Pleasure is black humor, a novel of revenge of the kind dreamed of by younger brothers everywhere.” Most readers know after just that introduction whether to stop or continue.

Now, for a bit of chicken-egg: The next two components should emerge from the murk of every review but the sequence is for the reviewer to decide.

3. (or 4): The summary line: The review should summarize the book in sufficient detail to provide a fair glance of what lurks between the covers. Reviews of novels should describe the setting, scene, principal characters, and at least a hint of the conflict within the story. Reviews of non-fiction work should describe the subject matter.
4. (or 3): The contribution line: This bit separates the men from the boys, the Brownies from the Girl Scouts, the Cessnas from the space shuttles: What does the book add to the literature in the field? Mention at least a couple of the leading titles in the genre and compare the reviewed book to them. Or is the book a new addition to the author’s list of work? List some of the author’s other works and discuss how the new one fits in with the author’s known style, merits, or the nature of his (her) body of work. This means, of course, that the reviewer has to at least read something from the leading titles in the genre or, (dare I ask too much?) read some of the author’s other works, preferably before writing the review.  This is often referred to as the part of the review process that is’separating the vacuum from that which merely sucks.’  Even so, if the review is to have any credibility, it should be plain that it knows what it’s talking about.

A couple of don’ts.   It isn’t too hard to see which reviews are honest efforts and which have been written as favors.  Don’t further devalue reviews by writing one-line summaries such as ‘Great read,’ ‘s/he can write!’ or (my favorite) ‘5 stars!’ Amazon has already done enough to make every word ever uploaded into a gold star on someone’s way station en route to the Pulitzer. And, the review should be about the book, not tell the review reader to make a decision because the review writer says to trust him.

What about the nasty stuff? Reviewers are, generally, inferior to the rest of us. To be perfectly honest, no review ever gets it entirely right. But, if you are called on to write one, don’t back away from critiquing the mistakes, the hanging story lines, the unexplained or undeveloped characters, and the outright mistakes. Criticism is painful, but not fatal.

In the end, keep in mind that it’s not supposed to be personal, like this one, attributed to a writer for a New York paper about a book by Ilka Chase:
“I enjoyed reading your book. Who wrote it for you?”
“I wrote it myself. Who read it to you?”

Sometimes the velvet glove slaps back.

Good to see you. Now, back to the daily thousand words.
Jack