On the Nightstand: Rivets, and a few Winks…. 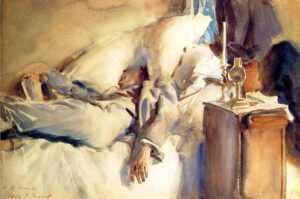 Ah, October, and the smell of burned pumpkins and crunchy leaves is in the air, a time when the sun comes up late and goes down early and the government is shut down because the 2012 Presidential Election didn’t count, at least for some.  So, what better time to see what was on the nightstand?

As predicted, my 100 watt read this past month was The Corrections, by Jonathan Frantzen.  Why?, you may ask.   Nothing much happens, a kid picks dried chewing gum off the bottom of the kitchen table, a girl loses her job at a restaurant, a young man buys his mother a shower rail and charges her for it.   Because every single page is us, or at least someone we know.  Meddling Mom.  Dad slipping into the twilight zone.   Older brother hell-bent on saving his parents from the home they love.  Daughter trying to do the right thing during the course of doing everything wrong.   And a younger brother (ex-chewing gum) who begins the book in a frenzy because he has lost his tenure because he violated a rule he created about not sleeping with his students, because one of them stalked him to get revenge for a snarky comment in class, because….   Enough rivets to build a bridge.

And then…. sigh.   Last Friends, by Jane Gardam.  80 watts if you’re drinking Earl Grey and keep it hot.  The third book in the Old Filth –  Man in the Wooden Hat trilogy, this volume seeks to wrap up loose ends that weren’t all that loose and, in the process, do so with minor characters about whom we had little interest going in and not much more coming out.  However, she has such a lovely economy of style and joyous way of turning the louts out that she is truly the grande dame of British writers.  Read it anyway.

The Sun also Rises, Hemingway, 90 watts.   Jake and Brett lose the entire generation on a dialogue pub crawl from Paris to Pamplona to San Sebastian.   Even if you don’t care much for the story, the dialogue changed American literature.

Death in the Baltic, Cathryn J. Prince.  90 watts.  Gold medal winner of the Military Writers Society Non-Fiction award for 2013, this  fine little book details the worst naval disaster in history, the sinking of the Wilhelm Gustloff in the Baltic in 1945 with the loss of over nine thousand lives, a catastrophe six time more deadly than the Titanic.   Prince writes a very fine history for 180 pages, then makes the unfortunate decision to circle like a wolf pack to be sure the reader knows how bad it is and repeats herself a few times more than is needed.  But, when we think how bad we had it in WWII, this reminds us that even Germans had it bad as well.  It is a very well researched and written account of a little-known tragedy.

William Boyd, A Good Man in Africa, 70 watts.  This was the first novel written by the man who now is Jane Gardam’s equal in British fiction.   A minor diplomat in a minor African outpost is the bug; his consul, his girlfriend, his mistress, a corrupt local candidate (and his wife), and a truly upright Scottish doctor are the windshield in this story of a man who is being crushed on every front.  It is a very fun read, its wattage reduced unfairly by the knowledge that in the future Boyd will write Any Human Heart and The Blue Afternoon.

On the Nightstand and in the queue….

A Vaquero of the Brush Country, J.Frank Dobie’s seminal edition of the pre-modern cowboy.

Our Voices, an anthology of work by members of the Military Writers Society of America

The Texas Gun Club, a novel of the 36th Infantry Division in Italy, by Mark Bowlin, and

Staff Monkeys, a book that is reputed to defy genre, by Peter Clark.