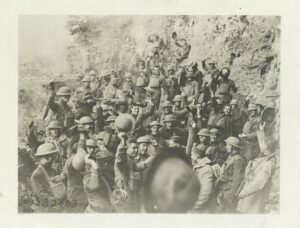 Once, in the days before corporate sponsor naming rights, we named our sports fields ‘Memorial Stadium.’ When the national anthem was played, it was in honor of those Americans in whose memory the memorial stadium had been built. And, in that time, the national day of recognition that honored them was a day to honor peace, not war, nor even warriors.

At eleven in the morning, on the eleventh day of the eleventh month, the guns that had destroyed Europe fell silent. For four years trenches had crossed France and Belgium from Italy to the English Channel, where the flower of the world’s youth killed each other in lines that moved little from the first day of war to the last. In the Great War, considered by all but the highest commanders and politicians as a mad folly, the foot soldiers marched to battle singing ‘We’re all here ‘cause we’re not all there.’ Until the very end, each of them assumed that they would die going over the top. Vast numbers of them did.