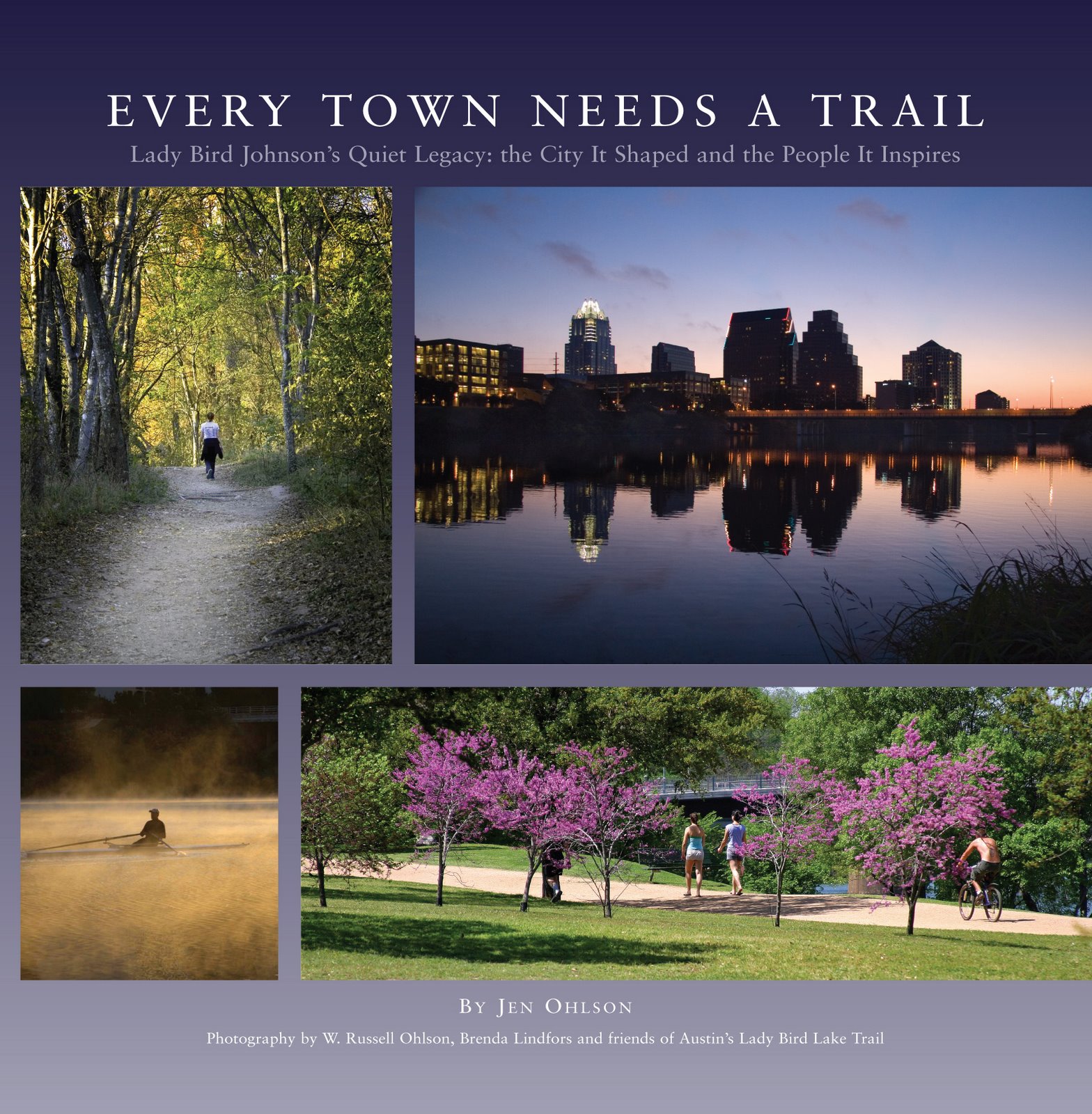 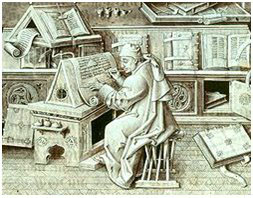 Where I write….
When I signed French Letters at Hastings Book Store in Amarillo a week or two ago one proud owner of a signed first edition looked at my illegible scrawl and said ‘Well, I hope you can type –you can’t write worth a damn.” I do admit that my typing is easier to decipher than my handwriting. In my defense, I say that writing should be more than typing and handwriting.
The scriptorium was the room in the monastery where monks copied text into manuscripts. By the tenth century some parts of Europe were sufficiently stable that some educated clerics sat in their scriptoriae and copied down ballads and legends. By the fourteenth century Chaucer composed fiction and did so in English rather than French or Latin.
My scriptorium is a bit different than a cold bench in a dark monastery. It is the Town Lake Hike and Bike Trail in Austin. I don’t actually handwrite or type there –most of my composition takes place at my notebook computer overlooking the pink rose bush out the back window of our piano room. Most of my research takes place on airplanes when I read source records or saved internet sites while I fly to one city or another for a trial. But there is no doubt that whatever spiritual awakening and mental clarity I get that becomes my writing comes when I am alone, jogging along Town Lake in Austin.
I have run since the mid-1970’s. I am one of the lucky ones who, while not getting faster or fitter or better looking, get a runner’s high. My runner’s high is introspective thinking, such as it is. My characters often are born there and always are developed there. A gasping sprint across the Barton Springs footbridge inspired me to imagine Sandy and Butch and the boys slipping away from Sheriff Hoskins at the quarry. A car roaring away from one of the bars on Barton Springs Road became Bart’s Ford at the State Line near Clovis. I can see these things in my mind’s eye as I run, and they become stories or characters or revisions.
Our publisher, Jen Ohlson, is the author of Every Town Needs a Trail, a classic book of photos and stories of the Trail and the people on it. My runner’s high, or trail high, is shared by Austinites you know — Willie Nelson, Matthew Mcconaughey, the ghost of Stevie Ray Vaughan — and by ordinary mortals like me and stroller moms and middle aged people out with their dogs. For many of us the Trail is not why we live but why we live in Austin, the place where we can let our minds work in their own way and at their own pace.
It works for me. I write there. I hope it works for you and that, someday soon, I will see you there, in my scriptorium. — Jack
RETURN TO WRITING PAGE
Back to Top